Can an Individual’s Severity of COVID-19 Illness be a Matter of Brain Balance? 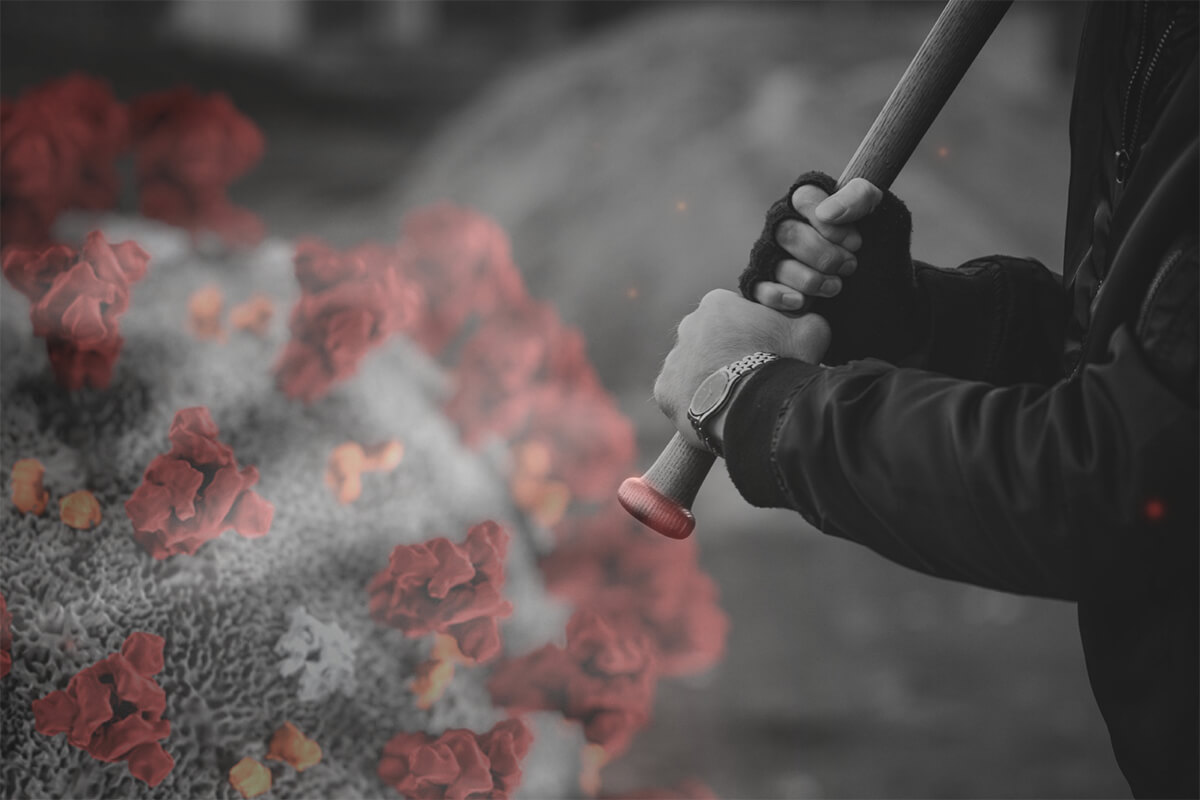 Can an Individual’s Severity of COVID-19 Illness be a Matter of Brain Balance?

“Ouch!” I was looking in a cupboard above the washer and bumped my head on the open door as I was focused on my search and didn’t see it. It was not a hard bump as bumps go – not much after effect and barely even a red spot which cleared away in hours. My brain didn’t change much – maybe a little to the fight-or-flight side for the moment as I identified myself as a “goofball” or something. The cause was minor and so was the brain response.

“Swish-thudddddddd-ringggg” a baseball bat hit my head. I didn’t say “ouch” – I didn’t say anything, I was numbed so I could move and roll away to struggle to my feet. That may have saved me so wasn’t beaten to death after they yelled, “he’s down, kill the … …”. My brain responded to put me in an immediate freeze response to defend me and it stayed that way. The problem was, that freeze response lasted for 8 miserable years. The cause was major and the brain response was major.

It is definitely a matter of degree of the trauma which causes the degree of brain response.

Most of us are filled with fear by the media about Coronavirus. So, because there is nothing we can do about living in a Pandemic world, our brain moves toward an imbalanced state to protect us from the enemy. To some degree, we are frozen.

And for those who are infected by the virus, there is nothing they can do about it and their brain moves even further into a freeze response – slowing down thinking, respiration, circulation … all the things we need to help ourselves fight this incredibly ugly enemy.

And, for those who are infected and also have other issues causing them to be in a strongly unbalanced brain state prior to being infected, they will most likely be those who are the most ill. It seems likely the degree of brain imbalance will heighten the degree of illness. And the peak of that illness when respiratory functions require a respirator are likely the peak of the brain imbalance – most likely in a freeze state which remember, slows everything and prohibits our own immune system combatants from defending us. Adding a respirator to this condition to mechanically breathe for us will likely cause an even greater freeze state.

Likely the virus is winning the war for those who need to go onto respirators, and perhaps that is the reason most do not come out alive. Maybe, however, medical science is not paying enough attention to the incredible power of the brain to orchestrate a defense if/when we help it to do so.

Cereset will help you balance your brain. A balanced brain is more important now than ever.